We mark anniversaries for different reasons: birthdays, holidays, weddings. Days when important and significant things happen. On this day eleven years ago, September 27, 2007, Christie and I attended a personal financial seminar given by Dave Ramsey in Houston, TX as part of his “Total Money Makeover LIVE!” tour. I had heard him on the radio during my commute and thought it might be interesting. Christie thought it was going to be a get-rich-quick seminar and was skeptical.

For three hours, Dave walked us and 5,000 others right up the Baby Steps; from getting out of debt and building an emergency fund, to investing for the future and retiring with dignity – and wealth.

I was 42 years old. While I had seen the same investment projections Dave talked about a decade earlier, I never had put them into practice to speak of. I had a little 401(k) but it was just that – little. I had so much debt to pay on every month there wasn’t any left over to invest. We were normal – two car payments, credit cards, etc. but we were doing fine (or so we thought). Always enough to go around each month. We left the event thinking, “We could probably be doing better with our money, but we’re doing fine.” I remember wanting to buy a book or two, but Christie thought we should sign up for the class Financial Peace University because she said she’d get more out of a class than reading a book. Of course it was on sale at the event so we bought it thinking we’d join a class the following year.

We left the event entertained, with some neat ideas and some new information.

That was on a Thursday. The next day, in the spirit of talking about our money, she sent me a spreadsheet of our current financial picture. It listed how much income we had coming in for October, as well as all our monthly obligations – to the tune of 23 credit accounts with balances – and finally, our total debt. That total debt number was $154,000.

With sweat building on my upper lip I picked up the phone and called her to ask, “Does this include the mortgage?” I knew the answer was no but thought there must be some mistake. There was no mistake. 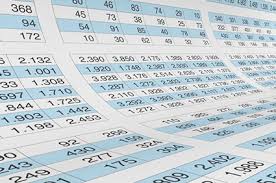 A chill ran down my spine. How are we ever going to be able to save for a decent retirement with all this debt? It wasn’t her fault. It wasn’t my fault. It was our fault, together. The only thing I could think of was, we just saw a presentation about how to fix this. And we have to fix this – now. Christie suggested we join an FPU class in the new year. I suggested we join one in the next week which is just about what we did. Our FPU class began in October 2007.

We’ve been handling our money this way ever since. It took us 6.5 years to get past Baby Step 2. Today we are working on Baby Step 6, paying the mortgage off early.

So we mark today as the anniversary of being shown how to Do Better With Money. Yes we were the ones who did the hard work. But thank you Dave Ramsey, for showing us the light. It has made all the difference. We’ve done our best to spread that light around by leading now 11 FPU classes of our own. And we’re not stopping any time soon.