Advice I Learned From Mom…Good and Bad

As far back as I can remember, my parents saved so I could go to college. All through my childhood in the late 1960s – early 1970s Mom would roll pennies and take them to the bank. 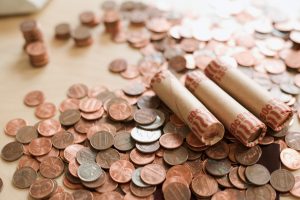 I often helped her roll them, and rode with her to the bank (free lollipop, score!) to deposit them “for my college”. Because college was expensive but by God, they were going to make sure I went. This same attitude from them led to me doing mostly really well in school. I was an A student up till high school, then mostly an A-B student. Did they pay for college? You bet. I got to go to the in-state college of my choice, paid for in full by Mom and Dad.

I went for two years. That’s (ahem) another story for another post, but the fact that they were diligent about saving and managing their money (single income family, working class). My sister and I did not have the latest and greatest of everything but we had college paid for if we chose to go and we were HIGHLY encouraged to go! My sister has been a successful RN for over 30 years and I (finally) completed a BS in IT and do pretty good as well. Our folks were certainly proud.

The good advice here is to have savings. Not just for college, but for emergencies. My Dad was a pipe-fitter in the local refinery plants. He worked hard, and worked overtime when available. 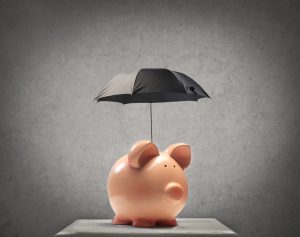 But when it rained, he stayed home and during the summers as a kid it was, “Yay, Dad’s home!” but they must have been thinking “Yikes…I’m not getting paid for today.” He didn’t have paid days off as he wasn’t a plant employee. But Mom maintained savings literally “for a rainy day.” I don’t know exactly what her formula was, but we teach to have 3-6 months of expenses in savings. You don’t expect to be out of work for months at a time, but that’s why it’s called an emergency fund. The AC unit might go out. Could have a medical issue. You just don’t know.

Sometime in their 40’s Mom convinced Dad to set up retirement accounts using IRAs. I know to some degree they were following the advice of my Uncle David (after whom I’m named) and that IRAs were fairly new to the marketplace. My uncle was great with personal finance as I’ve learned and I’m sure he provided my folks with some good information. I don’t think he would have advised them to invest with an insurance company however, but that’s what they did.

Mom and Dad each had an IRA with a national, popular insurance company known for…rock pieces. The local agent scared them with the unknowns of the stock market (“the market might drop!”) and assured them they could have a guaranteed income every month in their golden years of retirement. My parents both came up through the depression and I know that’s all they had to hear to sign up. The agent put their already-tax-advantaged IRA into a tax-advantaged fixed annuity. Great commissions for him. Bad investment product for them. 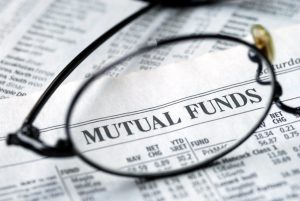 Now, lest you think they were eating dog food in retirement – no, they did just fine. Their home was paid for and Mom was just as frugal in retirement as she had been during the decades that Dad worked. They even managed to leave an inheritance of sorts – some cash to each of the kids along with the equity in a modest home.  But if they had had some additional information about the stock market’s history and the other types of financial products available (simple mutual funds in their IRAs) – they could have had plenty of monthly income plus, upon their death, the IRAs would have become assets of their estate.

So the lessons for today are, save for a rainy day. You should have 3-6 months of household expenses in a readily-available savings or money market account. And don’t invest your IRA in an annuity.