File this under, “Thank you, Captain Obvious. What was your first clue??”

Student loans are just one of many, many ways we as a nation and we as an older generation have failed our youth. To have pushed student loans as the de facto way of attending college does everyone involved such a disservice.

So, what can be done? For sure, read this book by Zac Bissonnette on graduating from college debt-free.  It’s loaded with great ideas that Zac himself used to graduate debt-free from the University of Massachusetts. 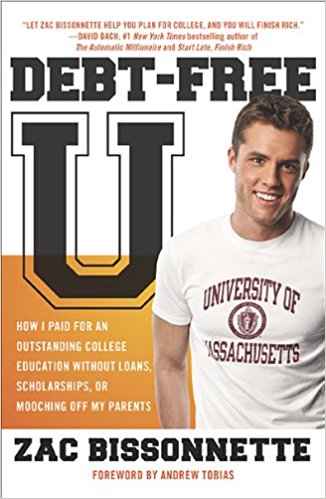 Here are my favorite tips from the book to help minimize the financial impact of you or your child going to college: